The Pay It Forward project was conducted during 2015 and the first half of 2016 under the leadership of UC Davis and the California Digital Library. This post by Mathew Willmott and Ivy Anderson, two of the CDL principals on the project, discusses the driving forces behind this effort, the research goals pursued, and the major results produced from the work. 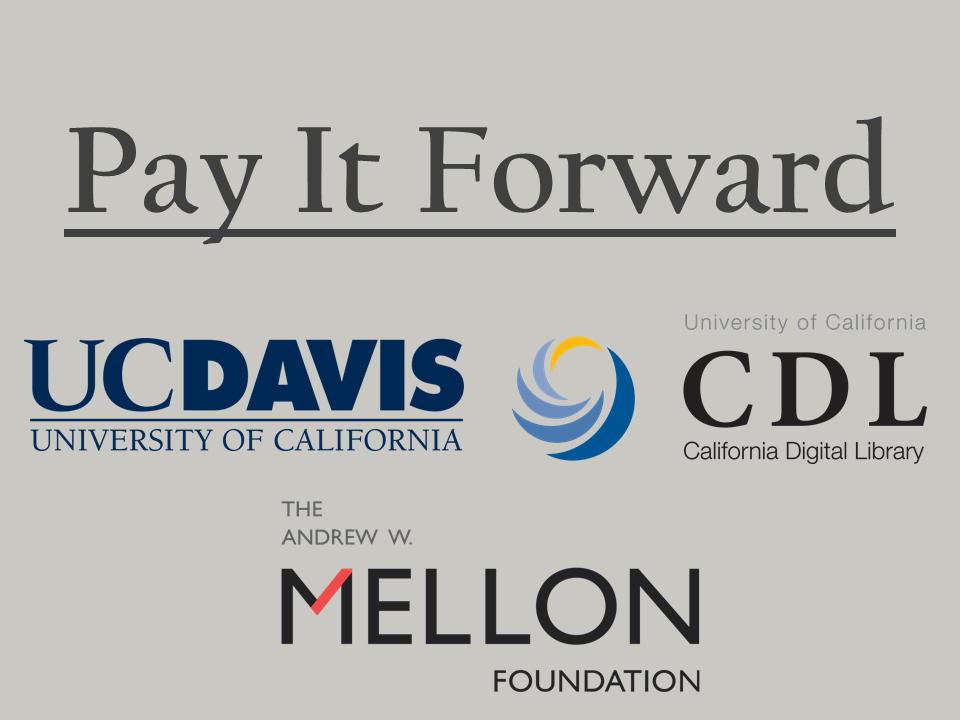 Open access to the journal literature is a long-cherished goal of many authors, academic institutions, and other stakeholders in the scholarly communication system; how to reach that goal in an economically sustainable way is a central question that continues to engage many in our community.  In the U.S., open access policies at the institutional, state, and federal levels have focused on the ‘green road’ to open access, whereas developments in Europe have broadly embraced gold OA approaches along with green.

A move toward universal gold OA has recently begun to attract significant worldwide interest as a result of the Max Planck Society’s OA2020 Initiative and a similar call to action issued by the European Union last May.  However, gold open access, particularly when funded via article processing charges, poses significant financial challenges for research-intensive institutions with high publishing activity.  In Europe, research funder policies are addressing this gap, but comparable mechanisms have not taken hold in other parts of the world.

Is there an economically viable path to broad adoption of APC-based gold OA for those of us in North America?

The just-completed Pay It Forward project, an effort of the University of California, Davis and the California Digital Library with funding from the Andrew W. Mellon foundation, is an attempt to answer that very question.  This ambitious 18-month project brought together research libraries at Harvard, Ohio State University, the University of British Columbia, and all ten University of California campuses; publishing industry and bibliometric partners from Thomson Reuters (Web of Science), Elsevier (Scopus), and the Association of Learned and Professional Society Publishers; and scholarly communications experts and researchers at several institutions across North America and Europe.

The research team addressed the viability and sustainability of a financial model for scholarly publishing funded entirely through article processing charges (APCs) from the perspective of large, research-intensive North American institutions. This evaluation involved both a qualitative assessment of authors’ attitudes towards open access publishing through APCs, undertaken through a series of focus groups and a large-scale author survey across several of the institutional partners on the project, and a quantitative financial evaluation, performed through an in-depth analysis of a wealth of data describing institutional publishing patterns, library subscription expenditures, extramural research funding, and publisher pricing patterns. By combining the results of these qualitative and quantitative processes, the team proposed hypothetical models for distributing costs among stakeholders in the scholarly publication process, with varying economic implications. 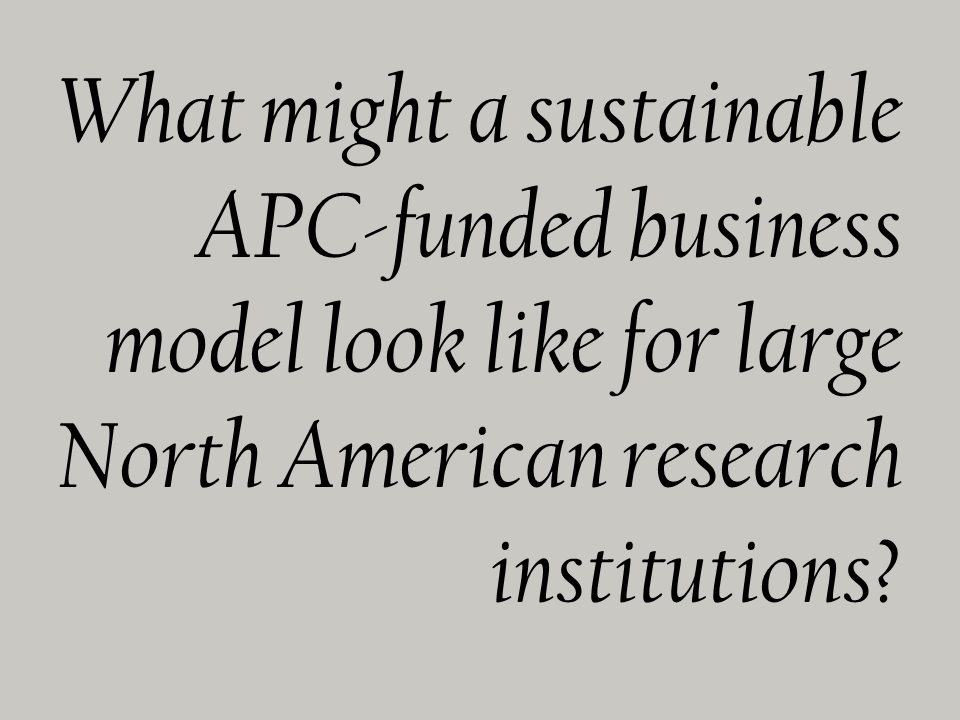 The project draws several important conclusions which we hope will advance the discussion of an APC-funded model for scholarly publishing- and, more broadly, provide greater context for the exploration of a large-scale ‘flip’ of the journal literature to open access.

This is not to imply that there is no need for the library in an APC environment.  In fact, respondents to the author survey demonstrated a preference for the library to play an active role.  Authors trust libraries to manage the infrastructure and publisher relationships needed to transition to an OA model, as well as to attend to the long-term stewardship of the scholarly literature.  Additionally, many authors would like the library to assist financially, either by coordinating and paying the APC or by negotiating fees directly with publishers.

Learn more about the Pay It Forward project and how its findings might relate to your institution through the following project deliverables:

All are available at http://icis.ucdavis.edu/?page_id=713.

What’s next for this project?   In addition to discussing the findings widely with a broad range of stakeholder communities, the project team is contemplating potential follow-on work to consider a variety of open questions, including the policies and infrastructure that might be needed to take these ideas from concept to reality.

We invite comments about this work and the larger questions it raises about how a large-scale conversion of the journal literature can be achieved.  Let the commenting begin!