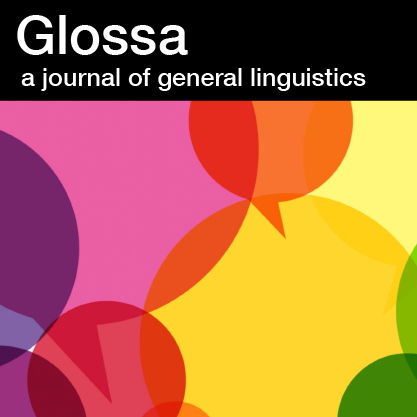 In November 2015, the editorial board of Lingua, a linguistics journal published by Elsevier, resigned en masse to begin a new open access journal, Glossa. The decision followed a series of disagreements with the publisher which are discussed in this post on Language Log. Several UC linguistics faculty have now issued a statement declaring their support for the new journal and urging their colleagues and the UC libraries to no longer support Lingua. In response, the UC libraries have informed Elsevier that they wish to cancel their subscription to Lingua.

“The UC Linguistics faculty statement of support for Glossa reflects our conviction that the value of a journal lies in the efforts of the authors, reviewers, and editors responsible for creating and vetting the content that the journal publishes,” says Eric Bakovic, UC San Diego linguistics professor and chair of the Academic Senate’s University Committee on Library and Scholarly Communication (UCOLASC). “In the move from Lingua to Glossa, all of these critical elements remain the same — therefore, Glossa is what Lingua was, except now better because it is now a fair open access journal. Elsevier insists on keeping the Lingua name for what is effectively a brand-new journal, with none of the same critical elements, which means that they believe that the value of a journal lies in its name and its publisher. Our aim is to prove them wrong.”

Ivy Anderson, California Digital Library’s Director for Collections and Interim Executive Director, agrees that cancellation of Lingua makes sense — but in today’s environment of bundled subscription deals, cancelling a journal isn’t always a simple matter. “Many journal licenses do, however, permit the library to substitute new journal subscriptions for ones that are no longer of interest, and this is the route that the UC Libraries will be pursuing for Lingua,” says Anderson. CDL will be notifying Elsevier that this substitution is not the result of regular shifts in interest or priority, but rather a deliberate decision to withdraw support for Lingua because of the board’s resignation and the declaration of UC faculty.

The UC community will continue to have access to Lingua content published through 2015, before the board resigned. Access to what many in the linguistics community now refer to as “zombie Lingua” may continue purely as a function of how Elsevier chooses to fill packages UC subscribes to, but the journal will no longer be targeted for the same kind of perpetual access rights that UC seeks for subscribed journals.

In making this statement of support for Glossa, the UC Linguistics faculty have joined their colleagues at institutions like the University of Wisconsin Milwaukee and MIT; in addition MIT recently announced its support for Open Library of Humanities, which is supporting Glossa’s move to its new home at Ubiquity Press.  While the Glossa editorial board faces challenges in transitioning away from its former publisher and embracing a new publication model, the vocal and public support it is receiving from the linguistics community positions it well for success at the helm of its new journal. In fact, Glossa’s progress has inspired researchers in the neighboring field of cognitive science to petition the editorial board of another Elsevier journal, Cognition, to consider making a similar move. Such declarations of independence from journals aren’t new, but they may be on the upswing.